The particular icon of Virgin Mary of Charou is located in Greece, in a humble Byzantine chapel that built 1600 monks from Patmos in Lipsi. They called it "Our Lady of Chaos" because of the heirloom he hosted. A picture of the Virgin Mary who does not hold Christ in her arms as she is used to, but the Cross with Jesus on it. It is a unique illustration showing the mother's lamentation and the martyrdom she has passed by taking her child to death after an incredibly tough and disrespectful martyrdom. 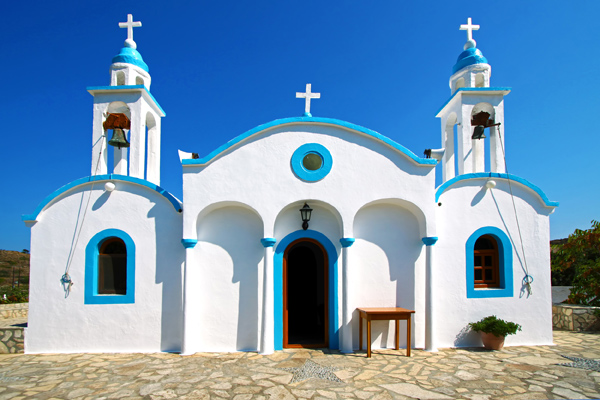 THE MIRACLE OF THE BLOOMING FLOWERS

With the passage of days, as was natural, the lilies were gone. Three months later, in July 1943, some visitors noticed that withered lilies had begun to grew and essentially to revive.

People who visit the little church of Our Lady to worship and admire this special icon of Our Lady, say that this miracle is repeated every year at the same time. 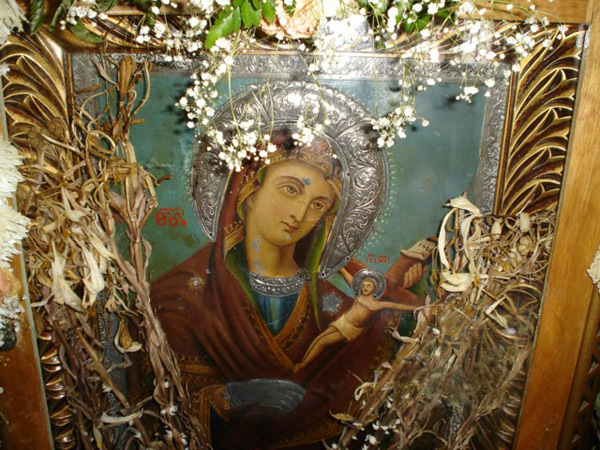 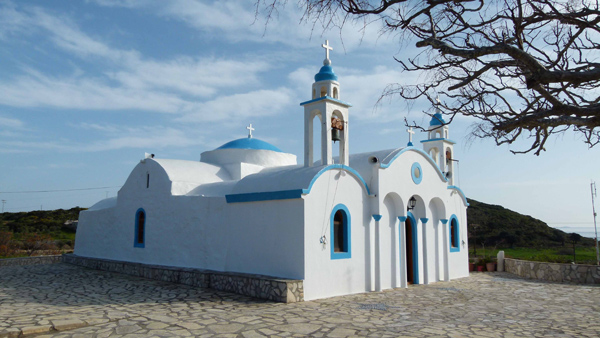