The church was named after the eponymous icon showing the Virgin Mary holding Christ Crucified rather than infant in her arms. The church's history goes back to 1600 when five monks of Mount Athos  who came to the island to lead ascetic lives, built the monastery and fortified it, for the fear of pirates.
The procession of the icon takes place on the 22nd of August: the procession starts from the village and ends in the church of Panagia tou Harou.
The icon is considered miraculous since the lilies that a young girl placed in front of it, in April 1943, wither and revive all over again by the 23rd of August each year.. 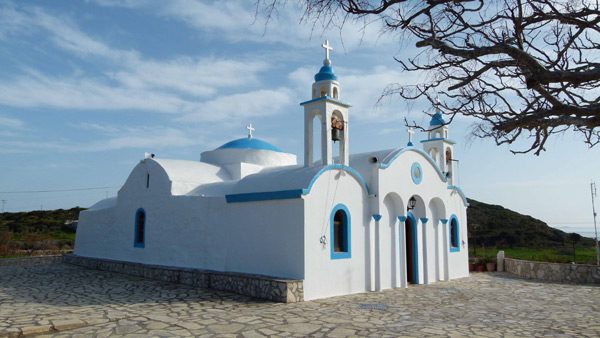 This is the  priniciple church of Lipsi, which located on a natural  hill dominates the centre of the village and looms over the port. The church in its present form, was constructed in 1931 from hewed stone, funded by people from Lipsi who live abroad. Notable in the church is the holy icon of Panagia Mavri (the Black Madonna); it is also home throughout the year to the holy icon of Panagia tou Harou.

Church of Kimissi tis Theotokou (Assumption of the Virgin)

It is worth visiting the churches of Upper Panagia (Kimissi tis Theotokou), built in 1500 A.D, and Lower Panagia, built in 1770 A.D, which are connected by the ‘Path of Kimissi’, a 900m stone-paved footpath. The church of Kimissi was built in the 16th century in the small port by the same name, on a spot surrounded by vegetation, next to a fresh water spring. All around it, in holes in the rocks, are the relics of the monks who lived and were martyred here during the Ottoman occupation. 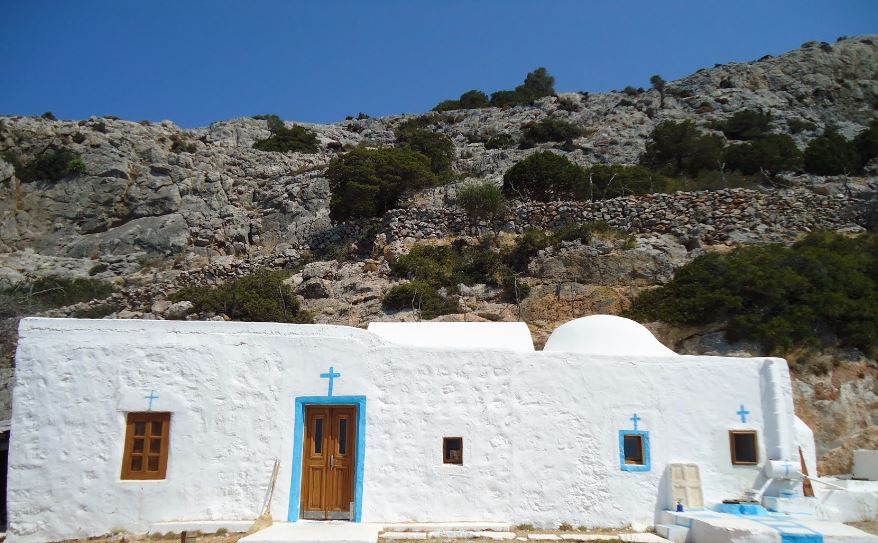 Church of Panagia in Kouselio

This small church dedicated to the Presentation of the Virgin Mary is located in Kouselio -to the south of the village of Lipsi, where the island's main settlement stood in the 5th century AD.  It is built on the ruins of a large three-aisled basilica, on the site of its sanctum and original Byzantine inscriptions are visible on the walls, which were constructed to include marbles from the pre-existing church.

The church of Agios Panteleimon in Katsadia stands next to the ruins of a three-aisled, wood-roofed basilica from the 5th century AD. Here also there are remnants of mosaic floors. 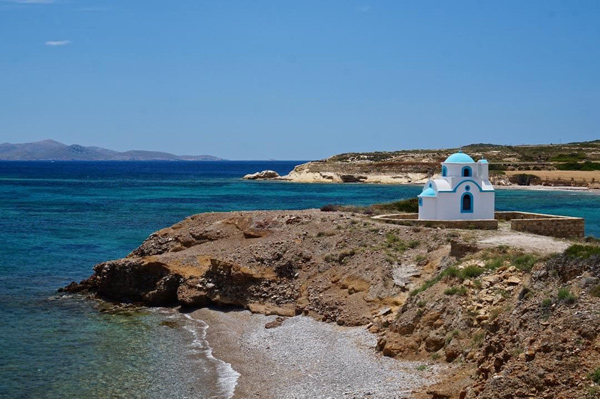 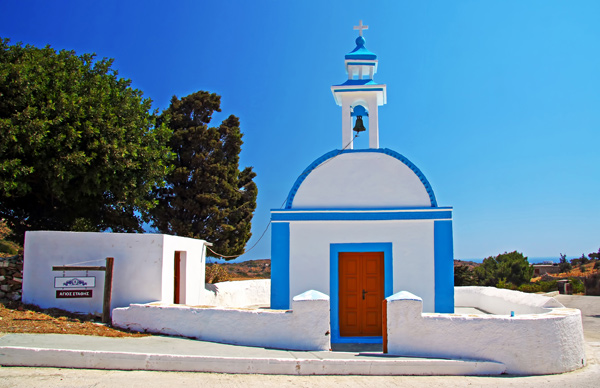 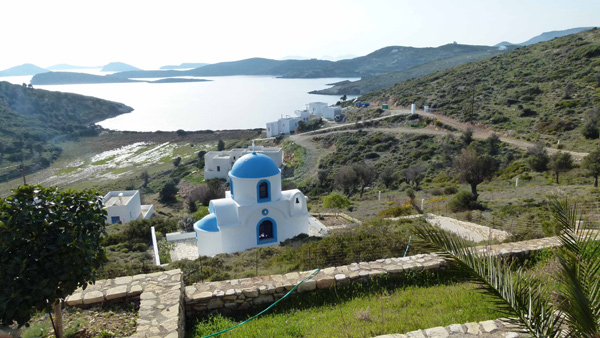